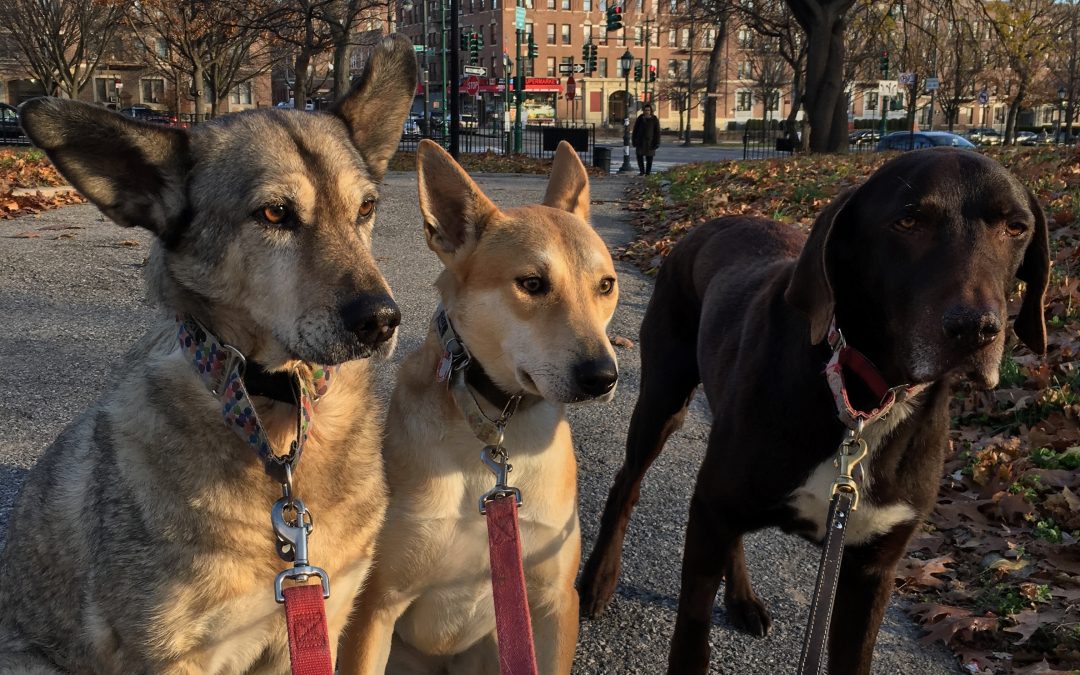 What Do Dew Claws Do? (Are dew claws necessary?)

Note to reader: This post may contain affiliate links. I have personally used all products that I link to. See disclaimer section.

I have seen my dog Laguna, utilizes her dew claws many times while doing fast turns. For Laguna her dew claws, seem to be a necessary part of her foot promoting healthy body mechanics. 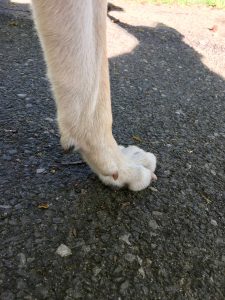 Laguna’s dew claws are always naturally short because she uses them when playing with other dogs. 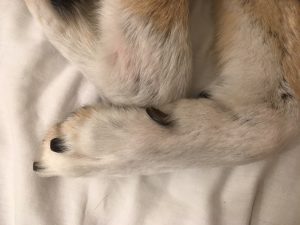 Anja’s front leg dew claw has to be regularly trimmed.

It is not considered a weight-bearing digit, but still has its own level of importance. The dew claw is similar to the thumb in humans, although the functionality is not quite the same.

Previously, the dew claw, was said to not be of any importance but now there is much evidence that dogs are better off keeping them and not having them removed.

The dew claw has muscle groups attached to it and they all provide a way for the dog to stabilize themselves when running and turning. Each dew claw has tendons, muscles, nerves, vessels, a little pad, bones, and a claw. If it is removed then the muscles will atrophy and possibly cause problems in old age. Some of these problems might involve arthritis and could be difficult to detect, due to dogs not being able to alert us of the minor aches and pains that they are suffering from. Dr. Zink, who specializes in canine athletes, has a great pdf explaining why her research shows that the dew claw is indeed a necessary appendage. http://www.caninesports.com/uploads/1/5/3/1/15319800/dewclawexplanation.pdf 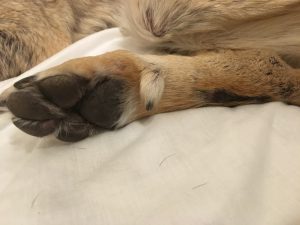 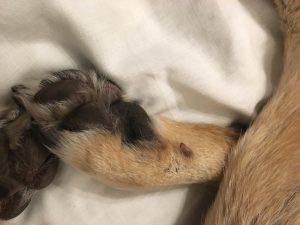 Here are some common activities that make having a dew claw helpful:

Out of my three dogs only one, Anja, has dew claws on her back legs, they are not as developed as the front ones and are quite funny looking. Anja’s back leg dew claws, look completely different on each leg. One dew claw, is very floppy and has a little pad. This one appears to be attached by what looks like a flap of skin and the other dew claw is just the nail going straight into the leg. Inspecting them on a regular basis, helps to ensure me that they are doing fine.

For some dogs, the front and back leg dew claws need to be maintained and kept trimmed, because they are not always in contact with the ground like the other nails. This is important for 2 reasons, one being so the nail doesn’t snag on things causing the dew claw to rip and the other being so you can physically inspect them on a regular basis. This will insure you that all is well with your dog’s feet. The front dew claws on Laguna, my youngest, most active dog, are always short, this is because she uses them a lot while running and playing with other dogs. Laguna performs a lot of quick turns, where her dew claws come into contact with the ground, thus keeping them short. 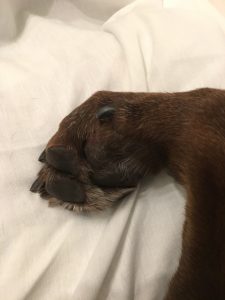 There is some debate as to whether dew claws should be surgically removed. Most Veterinarians are not removing dew claws as readily as they once were. If you have any concerns about your dogs dew claws, I would first consult with your local Veterinarian, while also doing your own research. This first digit appears to have many useful benefits.