Dogs and Chocolate, Have You Ever Wondered Why They Can’t Eat It? 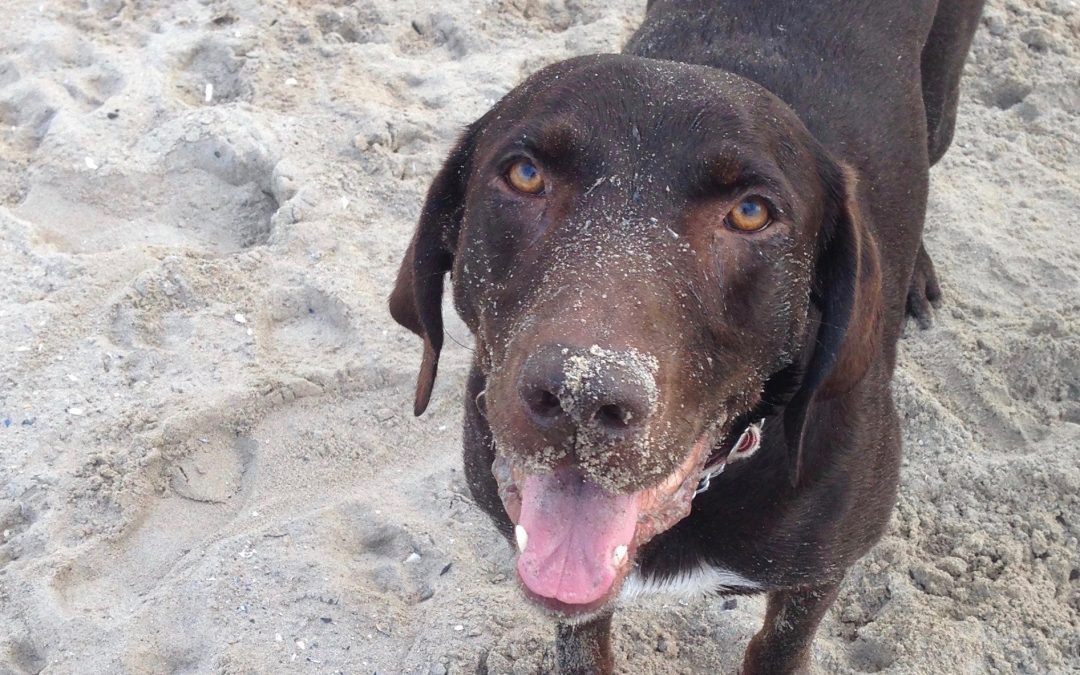 Tweet
Share24
Pin309
333 Shares
Everybody knows chocolate is one of those things that your dog should never have. Dogs and chocolate just don’t mix. It is one the most well known toxic substances for dogs. Have you ever wondered why? Why can we eat it but our animals can’t? Did you know cats shouldn’t have it either?
Cats don’t usually go after sweets like dogs do, but the chocolate is still toxic for them especially since they are much smaller than many dogs are. Cats are missing the 247 base pairs of the amino acids that make up the DNA of the Tas1r2 gene. This means that they lack the ability to taste sweet stuff, unlike other mammals. I will link to this scientific research article titled “Cats Lack a Sweet Taste Receptor” on the bottom of the post if you want more in depth information. 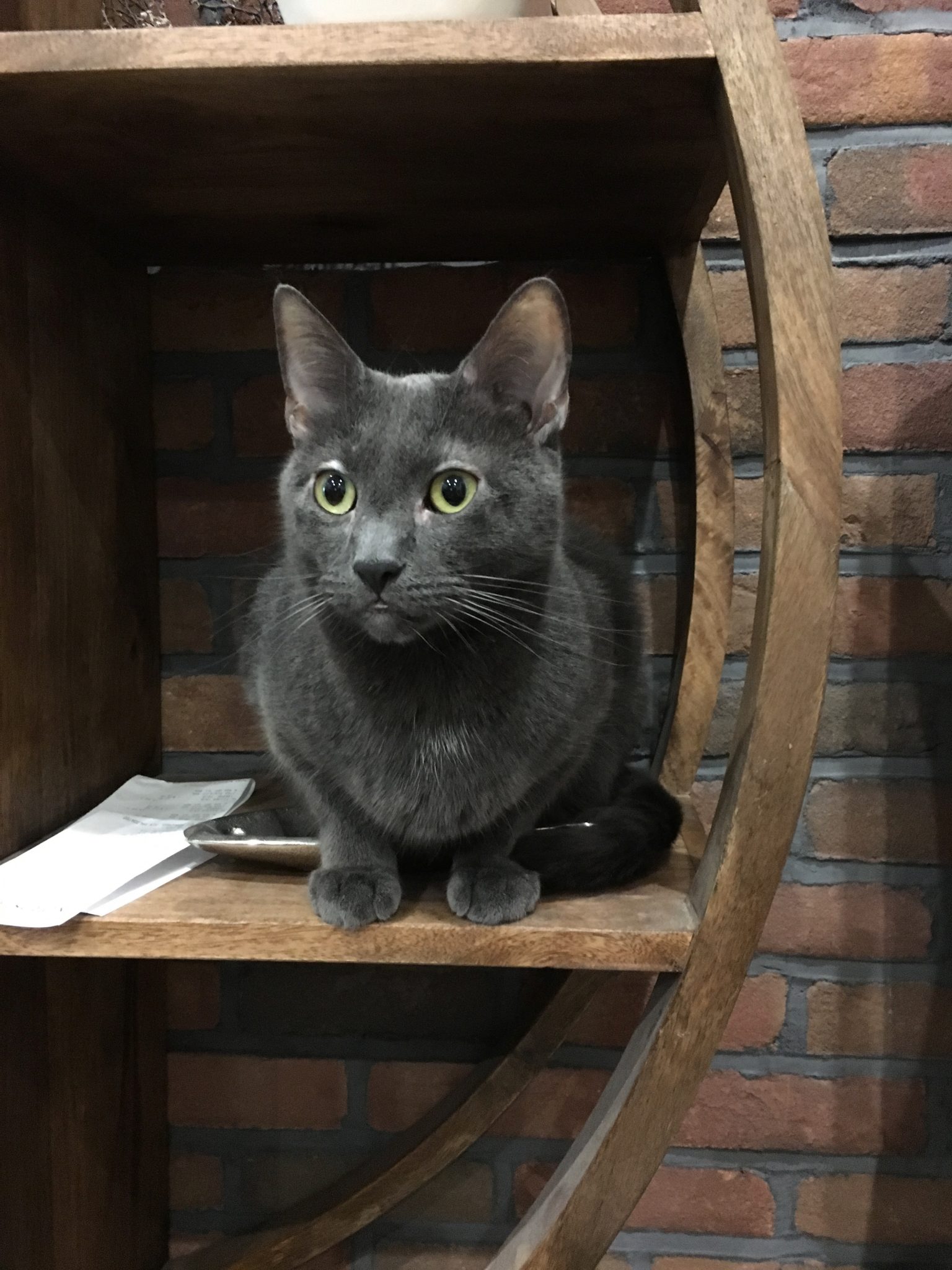 I once had an incident with my dog Luna and some chocolate from Germany. A number of years ago, I was living in NYC with a roommate and my dog Luna. (Luna lived to be 19 years old and died of old age in 2015.) This roommate had just come back from a month long trip to Germany. She brought back all of this chocolate, mostly milk chocolate bars, to give to her friends and family. 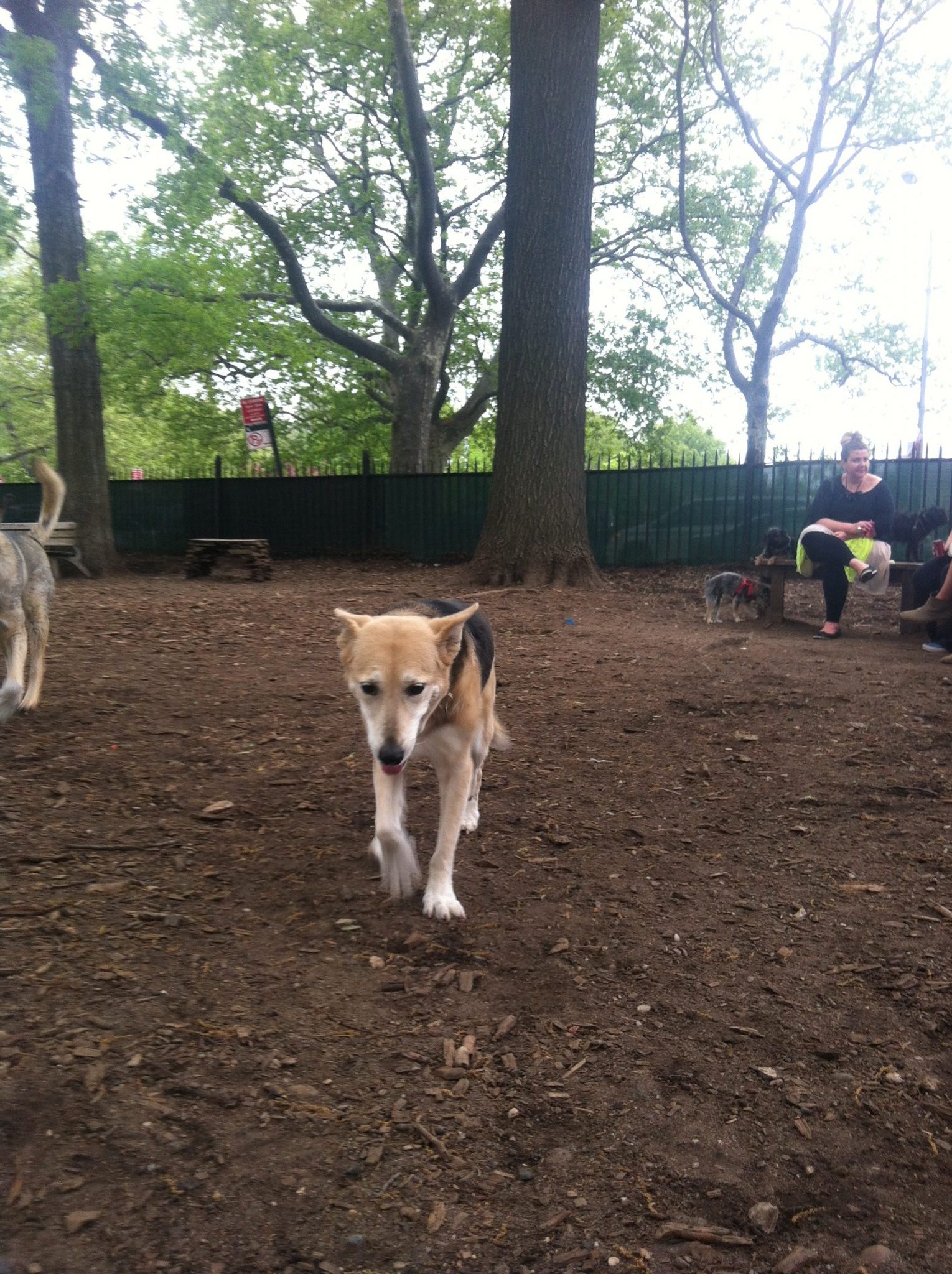 Luna at 15 years old, still going to the dog park!

Three days after she gets back she tells me that Luna ate some of her special German chocolates, so my first reaction was “oh no”, is Luna going to die? I knew very well that dogs and chocolate were not a good match.
Note to reader: This post may contain affiliate links. I have personally used all products that I link to. See disclaimer section.
Liz, my roommate, had unpacked her suitcase and left the chocolate on her bed she didn’t notice some were gone until a couple of days later when she found a wet wrapper tucked into a corner of her room. Liz was not used to living with a dog and didn’t think twice about leaving chocolates out at nose level. If anyone wants to try the chocolate that Luna just couldn’t resist, it was Milka-Alpenmilch. After this whirlwind of a few days and a trip to the Vet, Luna was fine, and Liz realized not to leave any food in an area where Luna could get at it. Now she knew dogs and chocolate were a toxic match. 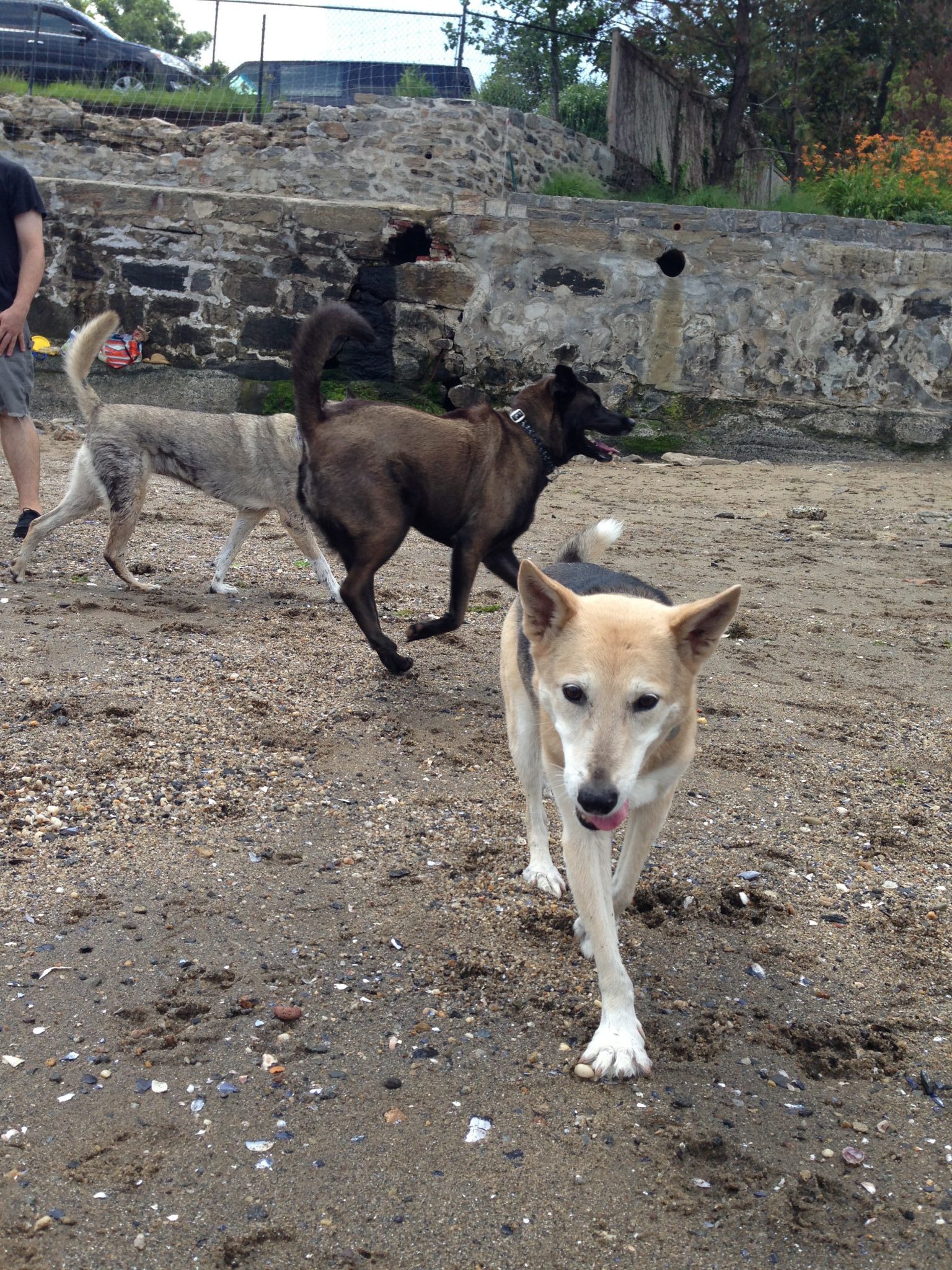 Luna at 16 years old, she still loved the beach.

Luna turned out to be fine but it did explain why she had diarrhea the day before. The substances in the chocolate that got Luna sick were methylxanthanines, specifically, theobromine and caffeine. Methylxanthanines can increase heart rate and blood flow and are one of the main reasons people feel their heart racing after consuming caffeine.
In animals, theobromine is processed much more slowly than in humans. In humans, this theobromine doesn’t stick around long enough to cause these horrible side effects. This nitrogen based plant alkaloid is just one of the culprits that make chocolate toxic for dogs and cats. 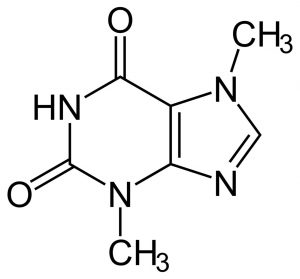 Theobromin, the molecule responsible for wreaking havoc in a dog and cat.

What exactly does theobromine do once it is absorbed by the GI tract and is distributed around the animal’s body?
-causes the release of norepinephrine and epinephrine
-Makes the heart pump faster.
-Blood vessels dilate.
-muscles get more energy.
-Central Nervous System stimulation
Why didn’t Luna get as sick as some other dogs? The fact that it was milk chocolate means that the amount of methylxanthanines was much lower than if she had eaten a dark chocolate, semi-sweet chocolate, or cocoa powder. Chocolate toxicity depends on the amount and kind of chocolate ingested and the weight of the animal. This does not mean that your dog can eat milk chocolate. 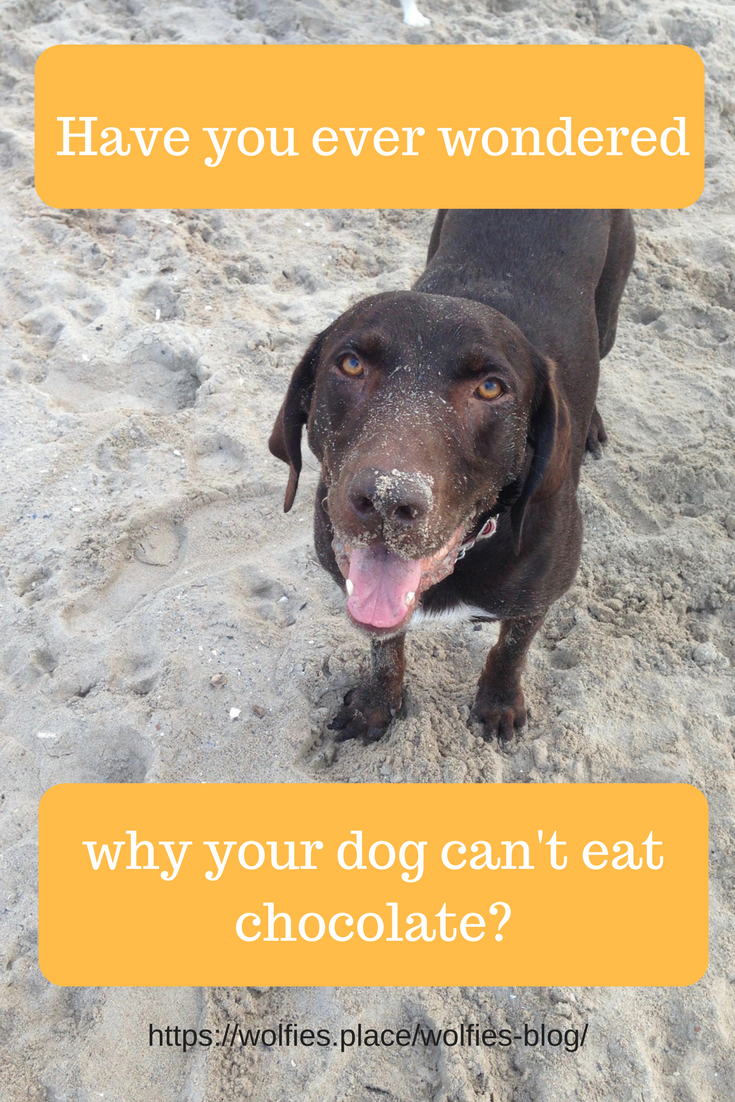 Signs of chocolate toxicity usually occur 6-12 hours after ingestion. The first signs are vomiting, diarrhea, abdominal distention, drinking a lot, and restlessness. These initial signs can progress to loss of body movements, peeing a lot, tremors, and seizures. Death can occur from cardiac arrhythmias, internal bleeding, and respiratory failure.
Treatment usually involves making the dog vomit (if it was ingested less than 2 hours ago), activated charcoal, fluids, thermoregulation, and pharmaceuticals to decrease the muscle tremors and arrhythmias. Due to the texture of chocolate when it enters the stomach of a dog, (it forms a ball), it does not regurgitate well, so it is always best to take your dog to the Vet if they have ingested chocolate. When an animal is given the appropriate therapy and treatment, they have an excellent chance of surviving chocolate ingestion.
All of this talk about chocolate this got me thinking about some of my favorites throughout the years.
-Chocolove cherry almond dark chocolate
-Theo Dark Chocolate Peanut Butter Cups
-Raaka Strawberry basil limited batch
The best advice is to take your dog or cat to the Vet if you think they have ingested chocolate.
Research article: Cats Lack A Sweet Taste Receptor.
If you liked this article check out our other one on dogs and frostbite.
Tweet
Share24
Pin309
333 Shares